Virtualization technologies have become very popular these days. Almost every company with an IT-infrastructure uses virtual machines to facilitate their work.

What is a virtual machine?

A virtual machine is run by a piece of special software known as a hypervisor. It’s a virtual machine manager which controls all the processes, allocates resources to virtual operating systems and hardware and ensures that several virtual machines don’t interfere with one another. 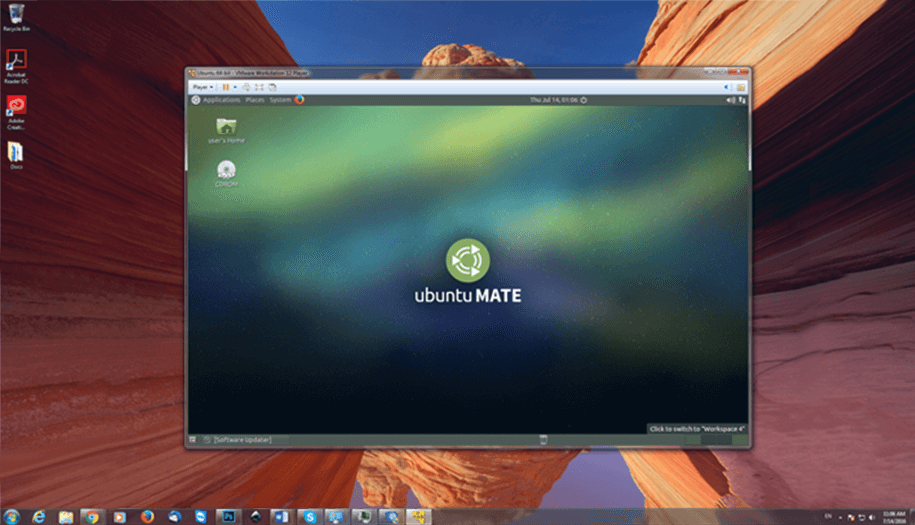 Every virtual machine necessarily has one or more virtual disks imitating a physical hard drive.

In other words, a virtual disk is a container with data. Such a container is an element of a virtual machine which utilizes the resources of a physical computer storage.

Utilization of a virtual system

Users need more and more applications for effective task solving. As the amount of information is increasing by leaps and bounds, a variety of new methods for storing and releasing it constantly appear.

All this increases the load on hardware components. Therefore, the expenditures related to equipment and its maintenance increase as well. Most of the time these systems are not utilized effectively and stand idly. The employment of several virtual machines on one computer allows enhancing the resource exploitation and operation efficiency. A company can save costs not only on new computers and their maintenance, but also even on electricity, cooling and additional room for servers.

Virtualization is used for the purposes of server consolidation. This means that several virtual systems run on one machine and simulate different services, e.g. a mail server, webserver, etc. Every virtual machine is configured separately and can have different IP and MAC addresses, and even BIOS, i.e. they are detected as separate units.

Virtual machines can be used for securing data. If one virtual machine fails due to a DDOS or malware attack, the hypervisor and other operating systems will continue working.

In addition, virtual devices are essential for software testing. In case of a virus attack or software malfunction, only one operating system will crash. A rollback to the previous state of the virtual machine is also possible.

Data recovery from a virtual disk

Despite their “virtuality”, these systems have the same problems with storing data as physical computers – operator’s mistakes, software errors, etc.

Besides, leaving out the list of advantages, virtualization has its specific problems. A virtual system failure can be caused by the following issues:

Each of these errors may hit the company budget because data recovery from virtual systems is an intricate task. 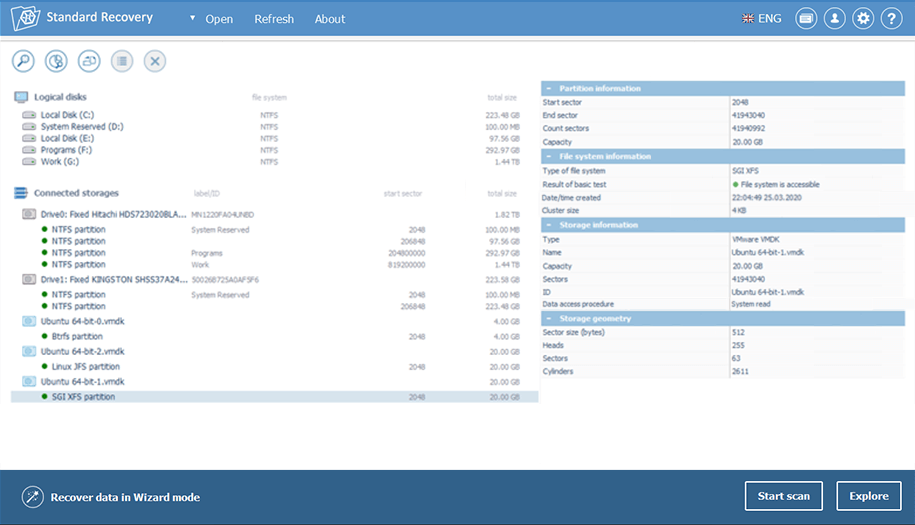 Data recovery from a virtual machine is carried out in a much more complex way and takes more resources.

Due to the specific design of the file system of a hypervisor, data recovery can be quite challenging. Firstly, it’s necessary to recover the physical equipment, then retrieve the container with the information (the virtual disk) and only after that unpack it and finally get the lost data back.

Usually, backups make the life easier. However, most administrators forget or do not consider it necessary to make backup copies. In some cases, the backup system can fail at the most important moment.

That is why, before you make a decision concerning the integration of a virtual file system, we strongly recommend: